‘The Trouble with Passion: How Finding Fulfillment in the Workplace Promotes Inequality,’ by Erin Cech

If you’ve ever denigrated someone who embarked on a well-paying, boring career, or urged a bright, young job seeker to “follow their dreams,” this book will give you food for thought.

The academic Erin Cech admits that after dropping out of an electrical engineering degree, she followed her own “passion” for sociology. But since then, her research has drawn her attention to the malevolent effects of what she calls “the Passion Principle,” or “the belief that self-expression and fulfillment should be the central guiding principle in career choice.” She finds that such dream-oriented decisions are often only available to those who have the greatest economic, racial, and gender privileges.

The book complements the existing literature which suggests that finding fulfillment only in your job can lead to disappointment and burnout. However, Cechs point is a broader one. The passion principle promotes socio-economic inequality because those who lack a safety net cannot easily recover from their broken dreams. At the same time, an insidious systemic error, which she calls “choicewashing”, frames the result as a “benign result of conscious individual decisions”.

Cech urges structural solutions to these built-in problems, but it also provides a valuable reminder to think twice before inadvertently devaluing an individual’s pursuit of financial security.

No chief executive would dream of setting a strategy without reference to the outside world. But this book makes a more radical case: in order to fight disruption and become a disruptor yourself, you need to open the strategy-making process to other stakeholders, from employees to suppliers. The authors suggest “not just adapting the traditional strategy process” [but] a new business philosophy, a fundamental rethink ”.

It sounds like a grandiose goal, but it is based on some fascinating and original case studies that go beyond the long-standing examples of large US and UK listed companies.

Proponents of the open strategy include Saxonia Systems, a small privately held software consultancy that avoided bankruptcy by inviting a larger group of employees to reformulate its strategy. Gallus, a manufacturer of high-end printing machines, fought external threats by staging a “nightmare competitive challenge” in which outsiders and insiders dared the appearance of a fictitious disruptive factor for its core business.

Despite a slight tendency to label the work of the small consulting firm that two of the writers work for, this is a useful blueprint. The authors are aware of the limitations of open strategies and the need for guard rails to prevent discussions from getting out of hand. They are also unbroken in their enthusiasm for techniques that, unlike traditional strategies, are designed to encourage collaboration and engagement with key stakeholders.

“Play Nice But Win: A CEO’s Journey from Founder to Leader” by Michael Dell

For anyone who has followed the goings-on that took Dell from being a PC novice to one of the largest IT companies in the world, there is a voice that has been conspicuously missing: that of Michael Dell himself.

In Play Nice But Win the taciturn Texan entrepreneur finally has his say. It’s worth going along, even if there are some selfish loopholes.

Dell has never been the one to show emotion in public, but here you can feel the bills being paid – especially when it comes to Carl Icahn, the cunning corporate robber who tried to suppress Dell when he made his company private in 2013.

It’s a good reminder that all deals are truly personal. Dell puts aside his old-school courtesy and natural reluctance, sometimes with great comic effect. For example, Dell describes a dinner in the old raider’s New York apartment, gently insults Mrs. Icahn’s kitchen, condemns his adversary for undermining the success of his own son, and says that Icahn’s father “was a big part of his life seemed, and not for good ”. Away “. When the old enemy is defeated, Dell is downright happy.

There is also a lot to experience in Dell’s account of the company’s early history. The sleek prose and straightforward narrative style effectively capture the hasty growth and seat decisions, and Dell is open to the slips and near-disasters along the way.

Still, there are loopholes. As of 2013, Dell’s dealmaking (driven by private equity group Silver Lake) has transformed its 16 percent stake in a $ 24 billion PC company into a 47 percent stake in an IT conglomerate worth $ 80 billion -Dollars converted. The book glosses over the financial engineering that made this possible – some of which Icahn would no doubt have been proud of himself.

The final chapter – a statement of Dell’s values ​​and hopes for the future of technology – reads like a letter from his company’s public relations department. But there is still a lot to enjoy from a book that packs a staggering amount into just over 300 pages.

“Career and Family: The Centuries-Long Path Women Were Towards Justice”, by Claudia Goldin 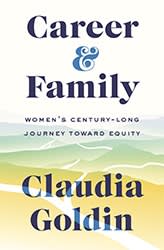 In the past century, women have fought for equality and overcome significant social barriers – from the right to vote and access to universities to gainful employment. Claudia Goldin, Professor of Economics at Harvard University, examines this advancement and examines why women continue to feel underserved as efforts to close the gender pay gap have not fully worked.

Goldin argues that the solutions designed to close the pay gap don’t work because they only treat the symptoms. We have to address the real problem: “greedy work”. With a focus on the United States, she defines greedy work as high-quality, high-paying jobs, such as law and finance, that take up so much time (and the more work hours result in higher salaries) that couples who want a family are often forced to decide whose career takes precedence. 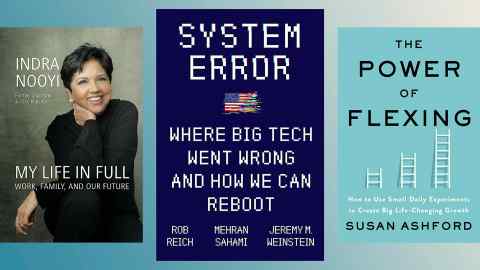 The time it takes to spend greedy work and family together means that a US couple who may want “couple equity” must sacrifice it in order to maximize income. Using the legal industry as an example, Goldin explains how a couple earns more when one works flexibly or part-time while the other concentrates on finding a partner, rather than having both parents work flexibly in order to get “justice”. Data shows that the person who chooses to withdraw is often the woman – although, before having a family, she often earns the same as a spouse. Same-sex couples experience a similar dynamic.

As the pandemic has given a new “urgency” to questions about the compromise between work and home, writes Goldin, companies need to reduce flexibility costs so that both parents can work flexibly and still become partners, while other infrastructures such as childcare , must be significantly cheaper. 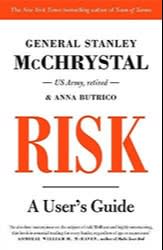 As a retired four-star general in the U.S. Army, McChrystal knows the fatal risks and believes that despite humanity’s tendency towards stoic fatalism, we have far more control over adverse events than we think.

For example, on the opening pages of the book, McChrystal writes how a simulation in 2019 accurately predicted how unprepared the US was for a pandemic. Shortly thereafter, the Covid-19 outbreak began and, he says, it exposed failures in a number of factors that were ultimately under the control of authorities and others.

The book, McChrystal notes, is not about various types of risk, nor a catalog of famous mistakes, or an offer of “foolproof” checklists. Instead, he examines how the ability to react to risk can be strengthened and responses can be adjusted accordingly.

McChrystal examines how risk has traditionally been handled and how maintaining a healthy “risk immune system” can more effectively identify, assess, and respond appropriately to risk. While he believes the “immune system” analogy is imperfect, it is “a useful construct to understand how we strengthen our ability to survive and thrive in a world of constant risk”.

McChrystal then sets out 10 control factors to maintain this risk immune system, such as communication, diversity, and timing – with exercises for readers to put the book’s contents into practice. In addition, its structure makes it an ideal guide to revisit if necessary.

In conclusion, McChrystal points out that a mythology of helplessness persists, but it is an “evasive maneuver.” “There is much more that is in our control or outside of it,” he writes. “Dealing with risks is the active practice of controlling every single factor within your reach”.

“Style and Substance: A Guide for Women Who Want To Win At Work,” by Helena Morrissey 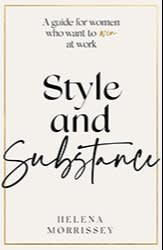 Helena Morrissey has had a long career in the city and founded the 30% Club to encourage more women on corporate boards. She is well suited to providing career advice to young people, but this book differs from many self-help guides in that it takes a holistic approach: Morrissey draws on her own successes and failures, and gives a lot of advice on how to dress and how to dress behaves in professional situations.

After being overlooked for promotion after the birth of her first child, she writes, “I became a leader by acting and dressing like one.”

Some of what follows is common sense and may not be to everyone’s taste (Morrissey suggests women avoid “bling” in watches and jewelry), but their passion for style is real. It even includes a very helpful full-page table that rates different brands of tights from their own experience – Heist and Marks and Spencer score high.

There are up-to-date sections on how to deal with AI recruiting and virtual interviews – though it reminds us that it’s all pretty much arbitrary: “Brilliant people can do badly at interviews; a weak candidate can shine ”. One of the best chapters is a series of six snapshots of the careers and personal styles of a diverse group of successful women.

All of this is written in a straightforward, jargon-free style and shows women how to sharpen our “personal brand” regardless of age or career stage.