5G and WiFi 6 are key drivers of connectivity and enterprise

Indian companies are more likely than their global counterparts to invest in the next generation of wireless networks – 5G and WiFi 6. A new Deloitte report shows how the pandemic has charged the connectivity landscape.

In theory, 5G could achieve up to ten times the internet speed of 4G, while WiFi 6 is up to three times faster than previous wireless technologies. From this point on, these connectivity steps are no longer about seamlessly buffering YouTube videos.

This futuristic paradigm was well on its way before 2020, and Covid-19 and its impact on life and business have cemented digital connectivity as the foundation of economic activity. With this in mind, Deloitte surveyed over 400 IT executives worldwide – over 50 in India – to get an overview of the advances in connectivity.

The core message of the results is that wireless investments are on the rise. Over 70% of Indian executives surveyed said Covid-19 pushed them to invest more in connectivity than they would without the crisis – a higher proportion than anywhere in the world.

Other markets like the UK, Australia and Brazil – among others – have also looked to expand their connectivity budgets in the face of the pandemic. As expected, 5G and WiFi 6 account for the majority of that spending – around 70% and 60% respectively – as they have the potential to keep a digitally powered business going now and in the future. 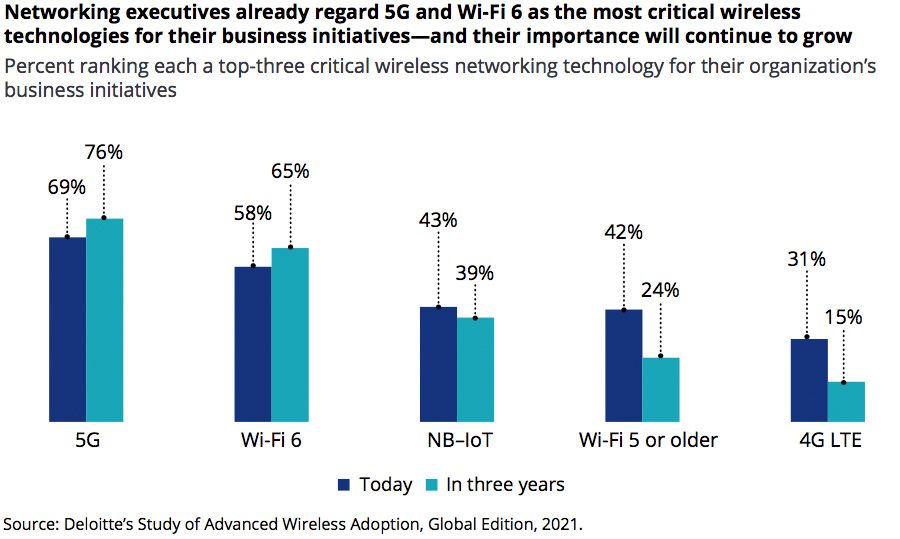 “Digital agility is the new mantra to fight this pandemic and emerge victorious,” said Darbari, emphasizing the value of connecting people with technology via advanced wireless networks for successful digital transformation. Indeed, loyalty and remote working are cited as the main motivations for more investment.

Over the next three years, these next-generation technologies will have an even bigger share of the pie – more than 75% and 65% – while investment in older models will rapidly decline. The investment volume is also high.

“Our respondents across all Indian organizations estimate their three-year spending averages $ 165 million (excluding frequency fees), just next to Japan, making India one of the top spending countries in the world,” said Darbari. 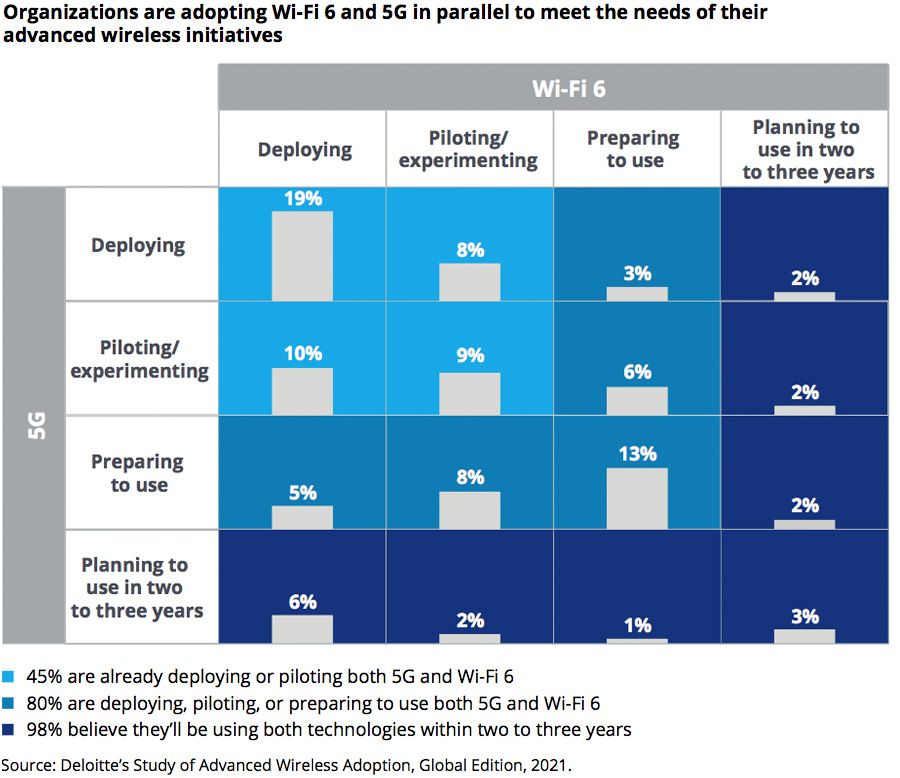 In short, the transition to an age of hyperconnectivity is imminent – even more so than it was before the pandemic. Companies are already quite advanced on their path to adoption: According to Deloitte’s global survey, around 45% are already using or controlling 5G or WiFi 6, while another 35% are preparing for it. A staggering 98% expect both technologies to be deployed in the next 2-3 years.

In India, the connectivity boom is being fueled by a widespread increase in the online user base, which is expected to reach 850 million users by 2025, according to the Boston Consulting Group. Higher speeds and greater range are critical to connecting this huge pool of users and realizing the potential monetary benefits.